Destination Houston is creating a lineup of curated events designed to give attendees a one-of-a-kind experience that creates memories that last a lifetime. Read the events below to learn more. 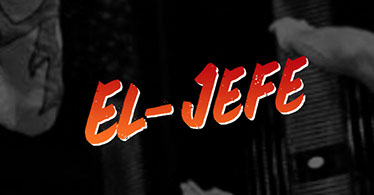 The Legend of El Jefe began in the Ranchita village of Marcuya, Mexico, where an unassuming  young man was born and raised. Known in his village for being a boy of few words, he learned early on that wrestling was a way for him to communicate, establishing himself in Marcuya as a force to be reckoned with in the ring. As he mastered his craft as an anonymous luchador,  the young man soon traveled the world and wrestled as an unnamed, unknown masked man.

Mustering up an unthinkable string of victories without defeat, the luchador remained a mysterious man to all but those in his village. After each victory he would return to Marcuya, the village with not only his home but also the people that he loved and loved him. He never revealed his name to the public and he always covered his face in the ring , but in Marcuya his people respectfully referred to him as El Jefe. Before El Jefe took to the road for a match, the people of Marcuya would always send him off with a fiesta. The entire village would prepare food, sing, dance, drink, and celebrate their champion.

Some say that this fiesta was so magical and so inspiring it gave El Jefe the strength of a thousand men.

At Destination Houston, we invite you to join us in recreating this special fiesta to help inspire El Jefe and feel what it is like to be in presence of this mysterious champion. Contact Us today to learn more!