GET LOST IN THIS FASCINATING COMBINATION OF OLD, RESTORED, AND NEW 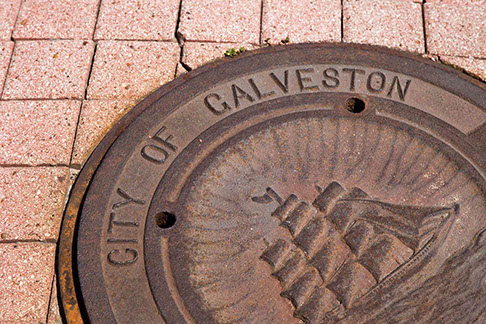 GET MORE INFORMATION ON THIS TOUR

Take a comfortable journey through historic Galveston Island where the glories of the 19th century are interwoven with 21st century pleasures.  Galveston, Texas, was the second richest city in the United States and the leading cotton port in the world until the devastating hurricane of 1900. Your group will tour two of the landmark historical homes in Galveston, highlighting the glamour and wealth of Galveston in the 1800’s.

BISHOP’S PALACE
Tour Galveston’s most recognizable architectural attraction, the Bishop's Palace. Ranked among the top 100 homes in the U.S.A. in architectural significance, this magnificent 1887 structure stands as a symbol of Galveston's glorious past.  Its stone exterior walls surround an interior of exotic woods, award-winning fireplaces, and beautiful period furniture.

MOODY MANSION
On a boulevard known for its handsome residences, the Moody Mansion stands out as one of the finest.  The impressive limestone and brick mansion at Broadway and 26th Street was designed by William H. Tyndall and completed about 1895 for Mrs. Narcissa Willis.  William L. Moody, Jr. acquired the house from Mrs. Willis's heirs after the great hurricane of 1900.   The Moody Mansion has been completely restored to its turn of the century splendor.  The four-story structure furnished with the Moody family's furniture is a prime example of traditional Victorian lifestyle and architecture.

1859 ASHTON VILLA
Since 1859 Ashton Villa has withstood the onslaughts of both man and nature . . . the Civil War, the 1900 Hurricane, the threat of demolition.  Today this grand Italianate mansion, elegantly restored to its ante-bellum beauty is one of the jewels in Galveston's crown. The first of Galveston's great Broadway mansions, 1859 Ashton Villa set the standard for the magnificent homes that followed.  Lovely antiques, family heirlooms and original art fill the stately mansion built before the Civil War by James Moreau Brown, one of Texas' wealthiest businessmen.  From the Gilded Age splendor of the Gold Room to the elegant family quarters upstairs, Aston Villa provides an intimate glimpse into the lives of a prominent Victorian family.

1894 OPERA HOUSE
Magnificently restored and ranked among the nation's finest historical commercial restorations, The Grand 1894 Opera House on Galveston Island today serves as a showcase for outstanding live entertainment year round.  The Grand was rescued from demolition in the mid 1970's and underwent a 12-year, $7 million refurbishment, which has earned the theatre various awards of excellence in design.  With its grandeur restored, The Grand is a unique return to theatre at the turn of the century.

THE STRAND
Your group will be let off to roam around the "Strand" for lunch and to browse and shop.  The Strand National Historic Landmark is the finest concentration of 19th century iron-front commercial buildings in the nation.  It was once called the "Wall Street" of the Southwest. In this lively area you will find antiques, galleries, curios, gifts and boutiques ranging from an authentic candy factory, to a military surplus store.  There are discount stores and restaurants galore.